Since its launch in February, the Smell Like a Man, Man campaign has generated more than 1.4 BILLION impressions for the brand including 130 million video views. The first-of-it’s kind Old Spice social-media response videos generated and unheard of 23 million views in just 36 hours. So what made the campaign so successful and what elements were in place that enabled them to become a viral sensation? Jason Bagley, Creative Director for Old Spice at Wieden + Kennedy, will share lessons learned from this successful campaign.

Jason has been at W + K for over seven years, he was nervous as hell and Jim Riswold did not help matters. The first work Jason ever presented at w + k was promptly stamped with Jim’s STUPID marker.

Breaking down the F.R.I.E.N.D. strategy

Invent things out of thin air that sound smart

Even if someone makes fun of you…

A set with Isaiah Mustafa in his towel and shower, a team of Jason and three other writers took turns directing. Nothing was pre-written. Nothing was promoted in advance. Their prop table included money, a fake monocle, fake fish and other artifacts that they suspected would come in handy.

Their process was completely collaborative. One writer would write jokes, the others would review, delete some, build on others.

This advertising effort was more similar to a stage performance than advertising. As the responses came in it was completely exhilarating.

In 2.5 days there were 185 commercials produced. Early on, while they were still writing scripts they were already reading press coverage on the Huffington Post and fielding calls from the Today Show.

Day 3: 20 million views and beyond…the stats keep coming. This level of success was not anticipated however the YouTube response videos were believed to be a great idea.

What Made This Possible?

Two traditional TV commercials with a large media buy made this possible.

The future is an integrated future. Whatever mass forms of entertainment we have, whatever the vehicle, there will be collective entertainment sources. There will never be a day when we don’t relish shared cultural experiences such as Lost. The Future Is Everything. Embrace It.

Two years ago Wieden + Kennedy was not on the map for digital. They were known as a great ad agency. Around this time, Dan Wieden made the announcement that w + k WOULD be one of the top digital agencies in the world. They were one of the most awarded agencies at Cannes this year. They are now viewed more and more as a digital agency. How did they make the transition?

The process is the same: the Work Comes First. It’s all about a great idea. The way to judge the work is essentially the same. Great conceptual, traditional creatives only need the desire to become great Interactive creatives. It’s not any harder.

Hire some nerds. Digital Strategist Dean McBeth aka Robot is amazing, he knows everything or can find it on his computer immediately. He is completely attuned to the Old Spice community. Josh Milrod is another Digital Strategist and interactive producer Ann-Marie Harbour got a custom made application that filtered comments and allowed the Old Spice team to be extremely responsive. The digital team was combing the comments, pulling out the key influencers and moving them to the top of the queue then seeding them to the web.

2. The smaller your budgets, the better your ideas have to be–Example www.residueisevil.com

-You must also leverage free media– Example giving nods to 4chan and other influencers in the guise of anonymous contributors, perez hilton, etc; Dante’s Inferno campaign box came with a hammer and a loud speaker rickrolled them. They had to break through two layers of wood, plastic, to smash the box to find the note that condemned them to a circle of wrath. These were sent to key gaming influencers.

-Leverage controversy and do something newsworthy–Example Mass: We Pray the Video Game a stunt for Dante’s Inferno.

3. Take advantage of existing digital behavior-don’t try to change it. Asking people to change their behavior almost never works. Example: The Man Your Man Could Smell Like was garnering many comments. w + k noticed this and prepared for the social media response videos 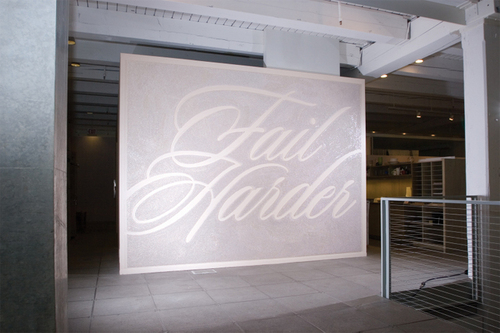 Big brands need integrated branding more than they ever have in history. Every Old Spice touchpoint is handled by w + k. The voice is consistent everywhere. It all feels like the quirky Old Spice voice.

Only the agencies that can truly involve all forms of media are the ones that will survive.