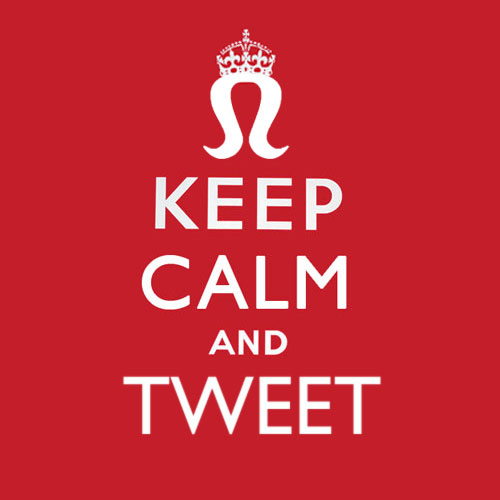 Alright, so we’ve all read it many times, if you want to have a successful powerful site you need to promote your articles on social media. Perfect right? All you need to do is create your social media accounts and send the articles out and bam you’re golden.

Wrong, most of you reading this article know that this is wrong. The majority of articles that get tweeted out don’t gain any traffic. I happen to have a knack for gaining traffic over Twitter which is why so many SEO guys come to me asking me for advice. Now most social media tutorials will go through and show you how to sign up for an account and spread information around, so I’m going to assume you know how to do that. I’m also going to be only talking about twitter in this post, instead of giving a broad over view that doesn’t teach you anything we are going to be getting into some nitty gritty details.

I also want to point out that I am going to be writing this from a marketing perspective of getting things done. If you refuse to get your hands dirty with work and push the envelope this article is not for you, if you’re ready to do whatever it takes to go viral though, read ahead.

So how do we do this? Simple, create a twitter account that is completely based around your niche. Upload an image to your header section of your twitter that relates to your niche, and send out a few related tweets. Then go find an authority in your niche and start following their followers. If an account looks fake, don’t follow it, this will help your follow back ratio. Do this daily, try to follow around 100 people a day and within a few weeks you’ll have a pretty good list of twitter followers that are actually interested in what you say. Now you don’t have to worry about getting banned for fake followers, and you can easily get your content out to real actual people who want to read it.
The first step towards being able to make your content go viral on twitter is to gain some authority for your own account. Now when I talk about authority I’m not talking about fake authority, like fake followers. What I mean are real followers, to make a real authoritative account.

Here’s a little cool secret, set up some auto tweets so that you can keep posting relevant content. I like to have my twitter feed tweet out about 2 to 3 times a day. A lot of times I’ll use a program such as If This Than That (IFTTT) which easily allows you to tweet out relevant content from reddit and other great sources. This will let you take a hands off approach to your marketing, and it will give your followers some good relevant information to chew on. Plus more people will continue to follow you as you keep building up your account.

This is the fun part and the most important; you are going to want to look for influencers that have to do with your subject. Better yet, you’re going to need to find influencers that are willing to retweet you as well as have an active following willing to read your information. So how do you find these influencers? Simple, Moz has a tool called FollowerWonk. This tool is amazing, just type in your niche and it will look through all of the twitter influencers available and show you how many followers they have as well as how active their followers are. What I do is create an excel document and go through and take a look at the top influencers. My rules are that they have to be a person, they can’t be a company, and that they must have retweeted someone else in the last day. Once I have gone through and made a list of at least 25 influencers I will move on to the next step.

The next step is an extremely important one. Go through your list of influencers and find a way to interact with them. If you like a tweet they sent out favorite it and reply to them to let them know. Retweet one of their tweets that you like, this will help your followers like you more, and grab some of the influencer’s attention. Everyone loves to get retweeted and this is a great way to build up a long good strong relationship with an influencer on twitter.

This is the big day; this is what we have all been building up to. Go through your list and tweet out to all of the influencers that you’ve made friends with. Ask them what they think about the article, or let them know why you think that they would like it. Chances are if it is well written and about a relevant subject they’ll love it and share it with all of their own followers. This may seem like a simple strategy but I’m always surprised at how few people do it. Everyone is looking for great content to tweet out, so why not give it to them? Send out all of your tweets and then sit back and wait, you’ll be surprised at the number of people you’ll be able to reach out to.

The next day is another big day that a lot of people forget about. You are going to want to keep your twitter connections strong since you will probably be releasing similar material in the future. Find everyone who retweeted or favorite you and reply and say thank. Try to keep a conversation going and continue to build up that relationship. This will help you a lot in the future.

Dominating twitter isn’t as hard as some people make it out to be. Really it’s just simply following the above steps. It takes work and determination, but it does pay off in the end. I have created authoritative accounts in many different niches and will continue to do so. If you’re willing to put in the work now months from now you’ll be able to easily gain 100’s of visitors per article from twitter. That kind of traffic adds up fast, and will quickly help your site take off. Any other twitter strategies? Let us know below.

This last part is where the going really gets tough. Every time you are getting ready to publish an article go through this same process. Find 25 new influencers and tweet out to the old ones as well. After a few articles you’ll have a huge list of people you can tweet out to, and you will know who is willing to retweet you as well. This will allow you to go super viral every time you need to, and will allow you to make a big name for yourself on twitter.